Every year CompTIA donates $10,000 to a charity, on behalf of the ANZ Channel Community. This year, the community instead chose to donate $5,000 to two charities – one in Australia and one in New Zealand. 5 Charities were nominated from each country, and members were asked to cast a vote for their preferred charity. Voting closed on 2nd July and the winners have been announced. In Australia the chosen charity was Tech Girls Movement and in New Zealand the chosen charity was OMGTech!

We have also started preparations for the next ANZ Community meetings. Our last meetings were a huge success and we can’t wait to see you all again and hopefully some new faces. Make sure you save the following dates:

At the beginning of the year CompTIA’s IT Industry Outlook reported on twelve tech trends members should follow in 2019 and recently the Emtech Community along with input from the broader community released their list of top 10 emerging technologies. Click here to see the list. The CompTIA ANZ community has also compiled a list of six tech industry trends specific to the ANZ channel. 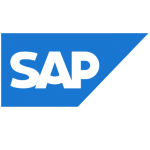