The complexity of modern hybrid cloud solutions provides significant delivery challenges for solution providers. Many partners are finding that the skills and resources required to deliver the solutions they sell, may be beyond the scope of the capabilities they have in-house. Consequently, many partners are teaming up with third parties to deliver a complete solution … Continued

This month I am continuing on from Moheb’s feature article in our August newsletter, that explained the four traits of being a trusted advisor. I am going to start by making a controversial comment and suggest that being a trusted advisor should NOT necessarily be the primary goal for every Channel Account Manager (CAM), and certainly … Continued

If I had to pick my most annoying phrase right now, it would be “Trusted Advisor”. Greatly overused, often misrepresented, and largely misunderstood, those two words are now well and truly entrenched in the “Meeting Bingo” category – they seem to get bandied about without any particular definition or consideration. But while I may hate … Continued

Author: Cam Wayland Vendors often measure, profile and segment their partners and their distributors based on revenue performance. Rarely do they dig deeper to look beyond the numbers to what is actually driving the revenue via distribution.   When it is working well you will usually find there is “alignment” between the capabilities, resources, and vendor … Continued

I often ask Channel Account Managers (working for vendors or distributors) why they think their partners buy products from them. And I’ll get a range of answers from “we have the best technology” to “great service” to “a strong relationship”. But at least one person will respond with the correct answer, namely, “to sell it … Continued

I’ve been in more than a few meetings with vendors where the question of trust has come up. Typically it sounds like this… “I’ve got an opportunity, and I want to give it to a partner, but I’m concerned they’ll make a mess of it or sell something else, so I’ll hold on to it … Continued

We are currently working with a range of clients (vendors and distributors) who have business models that are moving to be more Cloud, annuity or XaaS orientated. In working with these clients, our research findings are suggesting that using “traditional” partner engagement used for “perpetual” products will not give partners the skills necessary to successfully … Continued

If you’ve read our articles over the years, you will have noticed we try to make them interesting and informative without overtly promoting our own services. So it feels strange for me to write this article because I will be blatantly promoting our services at the end. Don’t worry – this article is still going … Continued 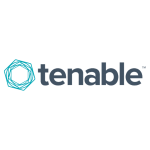 The best presentation training I have ever undertaken! It was very well paced, and immediate with practical steps that I can incorporate in my presentations. Content was fantastic and very relevant for my role!